A Week of Sweets: Pierre Hermé

I splurged on a box of twelve delicious Pierre Hermé macarons.  Twelve macarons which I had every intention of eating.  Every last one of them. 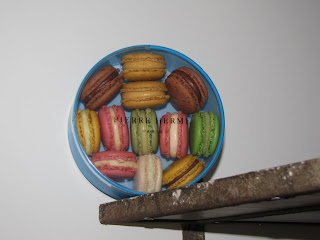 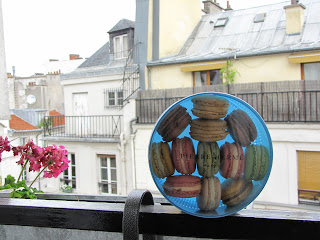 ﻿What happened next, words can really not describe...but if they could, I think "horrific" would be the best word to use.  My box of twelve perfectly-made, delicious-smelling Pierre Hermé macarons fell five stories onto a ledge that could not be reached by hand, nor by ladder (...there was a painter working across the street whose ladder we would have borrowed if only it would have been large enough to reach!) 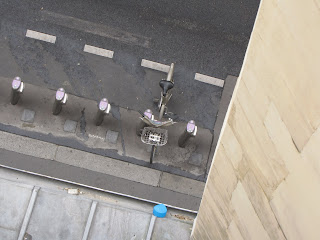 ﻿So, there sat my macarons.  Just out of reach, never to be eaten or enjoyed to their full potential.

Friends, feast your eyes on the pictures above.  Enjoy the eye candy above, visit Pierre Hermé on rue Bonaparte and live by the words that follow:

Never place a full box of Pierre Hermé macarons (especially if they are in a round box) on a windowsill while the window is open!

xo Ceilidh
Posted by Pâtisserie Paris at 10:00 AM
Email ThisBlogThis!Share to TwitterShare to FacebookShare to Pinterest