No. 5 by Jacque Ploge, Creater of Chanel Fragrances
"She talked about perfume like few others.  She talked about it well.  She spoke about perfume in a very unconventional way.  When she was asked where perfume should be worn, she said the place you want to be kissed.  She had a way about her that was mysterious and poetic."
The Creation
"No. 5 was created in 1921.  It evokes the basic principles of Chanel’s style in the shape of the bottle, a sort of modernity, a mystery, an opulence.  It’s one of the rare mythical perfumes.  Many stories are told about No. 5, both true and false.  No. 5 was said to be the fifth formula presented to Chanel, and it was also her lucky number.  The shape of the bottle she chose was a break with tradition.  It was the first designer perfume.  Black and white were a key element in the creation of No. 5.  They are elements she played with all through her career as a fashion designer."
The Flowers
"The main components of No. 5 are rose, ylang-ylang, jasmine and sandalwood, but mostly jasmine.  I don’t think any other perfume contains as much jasmine as Chanel No. 5.  In those days, to use jasmine in a perfume, the only jasmine available came from the Grasse region.  In order to preserve the quality of the No. 5 perfume, we formed ties with the region’s largest producers to ensure their continuation.  Every year, we use the production of the Grasse jasmine fields, which is about 20 tons of jasmine flowers for Chanel No. 5."
The Aldehydes
"I heard the story from my predecessor, who heard it from Beaux.  Coco Chanel asked him to make a perfume which left other perfumers far behind.  Beaux decided to use the most beautiful ingredients at his disposal.  When he made his mixture he found that it stayed too much at the bottom of the bottle.  He wondered how he could give it a lift.  He had the idea of using aldehydes.  It was a bit like putting lemon juice on strawberries to bring out the smell.  No. 5 is one of the first perfumes mixing lots of flowers without focusing on one in particular.  I think the aldehydes help to confuse things, because they add unexpected smells.  They give abstraction to the notes.  Great care is brought to No. 5 on every level.  For example, in the laboratory, there is almost daily attention to No. 5.  All of its components are meticulously selected."
Transcending Time
"What also explains the timelessness of No. 5 is a balance between a presence and a mystery.  There are many perfumes which we immediately recognize.  These perfumes get tired.  Chanel No. 5 has never been like that.  Every woman adds something of herself to it.  Someone we must mention when talking about No. 5, though never chosen by Chanel, is Marilyn.  She said that very poetic line.  When asked what she wore to bed, two drops of Chanel No. 5.  Warhol seized upon objects or people who were icons of their time, and he chose to represent a bottle of Chanel No. 5.  It’s a recognition of this perfume’s importance in both life and fashion."
The Interpretations
"At that time, when a perfume is created, it was always in the form of perfume extract.  The extract recalls that beautiful gesture, a drop behind the ears, between the breasts.  Perfume has evolved, the gesture has changed, it’s now a spray.  Rather than modifying what existed, Chanel always accompanied the evolutions by creating a new perfume.  First there was the Eau de Toilette.  The perfumer who created the Eau de Toilette added an accord of sandalwood, for example, which changes it from the extract.  Later, I was asked to make the Eau de Parfum.  At that time, on the contrary, we expected products derived from the extract to be as faithful as possible.  Then recently, I made Chanel No. 5 Eau Première.  This is a perfume for all women who said they loved Chanel No. 5 but it wasn’t for them.  The Eau Première is a fresher, easier, more transparent version of Chanel No. 5." 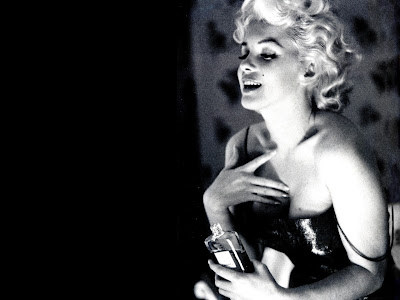 xo Ceilidh
Posted by Pâtisserie Paris at 9:00 AM
Email ThisBlogThis!Share to TwitterShare to FacebookShare to Pinterest