We have another giveaway here at Pâtisserie Paris celebrating our recent trip to Paris!  Here's what's up for grabs:

All packaged in a pretty Ladurée box 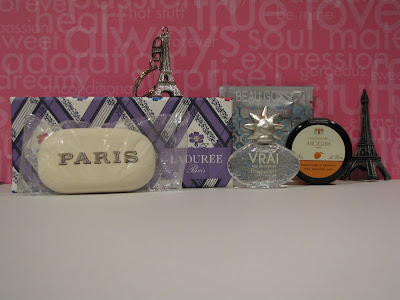 To enter just leave a comment below!
For an additional entry, become a follower of Pâtisserie Paris and leave a comment stating that you have done so (if you are already a follower, leave a second comment as well).
Contest is open to participants worldwide and includes the products shown above as well as shipping.  This is not a sponsored post.  Winner will be announced Saturday, August 6th at 8:00pm ADT.
Good luck :)
xo Ceilidh
Posted by Pâtisserie Paris at 10:00 AM 9 comments:
Email ThisBlogThis!Share to TwitterShare to FacebookShare to Pinterest

So, I know this post is a little on the late side...but better better late than never!
Le quatorze juillet (or Bastille Day as it is known in English) is celebrated on the 14th day of July every year in France.  This date marks the one year anniversary of the storming of the Bastille (a French military prison in Paris) in 1790.  The storming of the Bastille was one of the events that lead to the commencement of French Revolution and is sometimes referred to as the Fête de la Fédération.
To celebrate le quatorze juillet, the French military parades down the Champs Elysées from the Arc de Triomphe to Place de la Concorde while a fly-by takes place overhead with jets seen in formation.
This year this was a special treat...parachutists dropped from the sky for all to see!
In the evening, fireworks are displayed above the Eiffel Tower at the Champs de Mars.
The fireworks in Paris are incredible...unlike anything I have ever seen before.  And they last FOREVER.  I honestly get bored of them after a half hour passes by and they are still going on!  But they are fun to watch anyways! I usually watch the fireworks from in front of the Tuileries near the Louvre...it less crowded there and you still have a great view.  If you ever have a chance to visit Paris for Bastille Day, be sure to go!
xo Ceilidh
Posted by Pâtisserie Paris at 9:00 AM No comments:
Email ThisBlogThis!Share to TwitterShare to FacebookShare to Pinterest

The first thing I did when I arrived in Paris was visit the Palais Royal.  I didn't have a chance to visit there on my last trip and I had seen pictures of those wonderful white and black striped columns everywhere, so I wanted to make sure I wouldn't miss it on this trip. 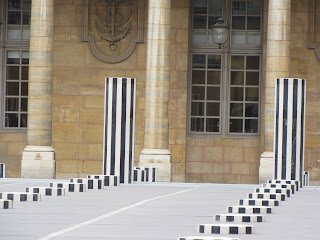 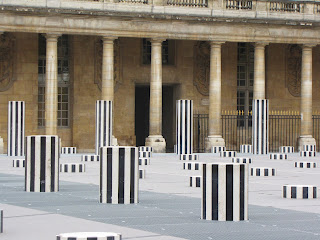 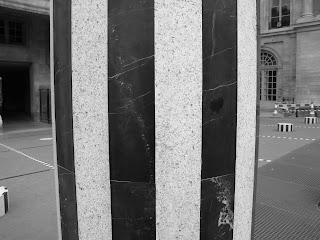 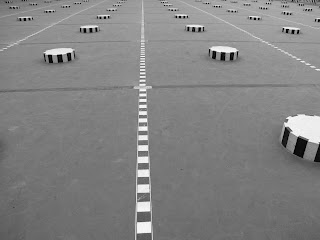 Along the perimeter of the Palais Royal there are some beautiful high end storefronts.  Two in particular that I enjoyed were Stella McCartney and Marc Jacobs.  I love that the Stella McCartney window display had oversized candy.  Look at those Chupa Chups and Mickey Mouse Pez dispensers! Marc Jacobs had a great display with plastic treats and sweets all around. 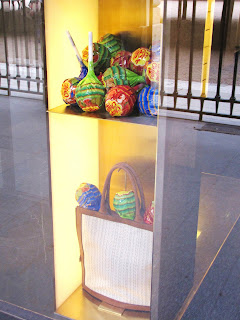 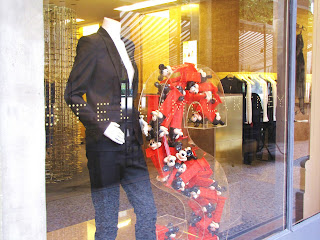 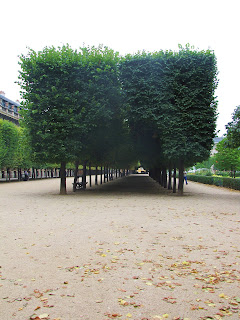 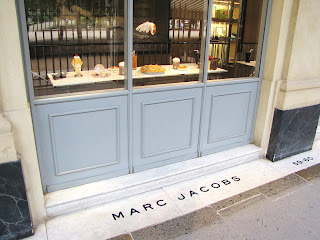 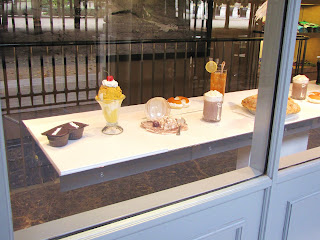 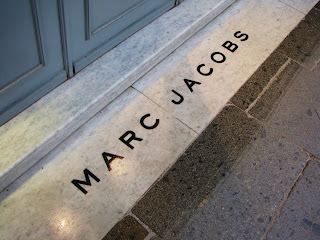 ﻿
Which fashion house window displays do you love?
xo Ceilidh
Posted by Pâtisserie Paris at 6:00 AM 1 comment:
Email ThisBlogThis!Share to TwitterShare to FacebookShare to Pinterest

I'm back from my vacation to Paris! While I was away, I finally got a chance to see the movie Bridesmaids that I have been hearing everyone talk about.  I must admit, I did think it was quite funny.  My favorite part of the movie, as you can imagine, was the Parisian-themed bridal shower.  I have a few stills of the bridal shower below.  Sorry they are not the best quality...I could only get screen snaps of the scene.  I promise to have better quality pictures as soon as they are available!
﻿
Haven't seen the movie yet?  Check out the trailer below:

xo Ceilidh
Posted by Pâtisserie Paris at 8:30 AM 3 comments:
Email ThisBlogThis!Share to TwitterShare to FacebookShare to Pinterest

My bridal shots were taken after the wedding at my parents cottage and have a more rustic vibe than our Parisian fairytale.

Now, for my favorite part of the wedding reception -- the dessert table! After returning from France, I only had one day to prepare for the reception, so I didn't have a lot of time to put in to the dessert table myself.  All of the sweets (with the exception of the macarons, which I made myself) were made by Susies Shortbreads.  I had mini cupcakes, cupcake truffles, cheesecake, fudge, dragées (which I bought from Bulk Barn), maple walnut cookies, macarons and of course...the wedding cake! The cake was a maple walnut cake topped with maple buttercream and fondant.  The backdrop to the dessert table is actually a shower curtain that I found at Home Outfitters that I trimmed and attached to the wall with thumb tacks.  For my first dessert table, I was pleased with the outcome. 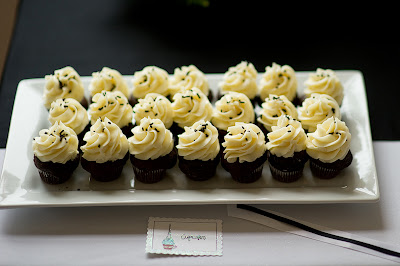 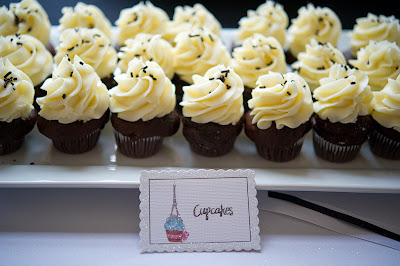 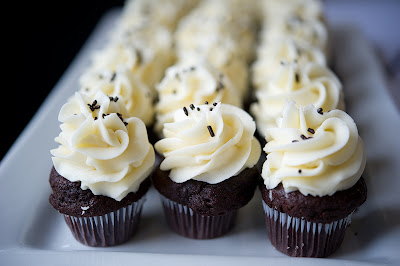 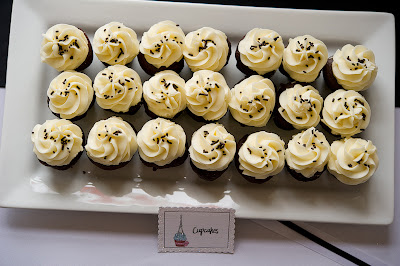 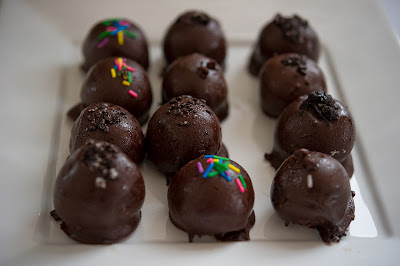 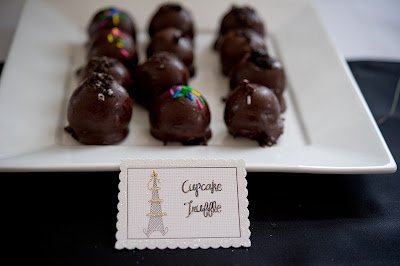 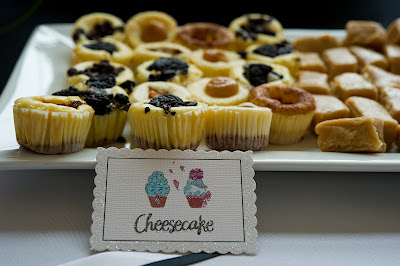 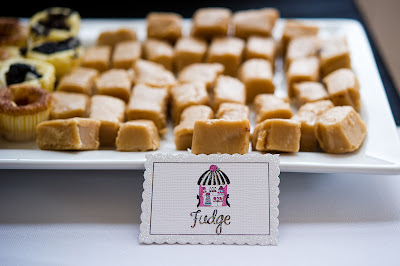 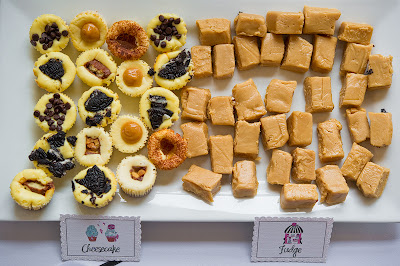 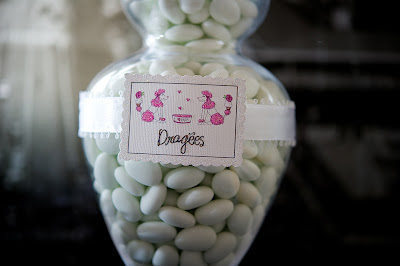 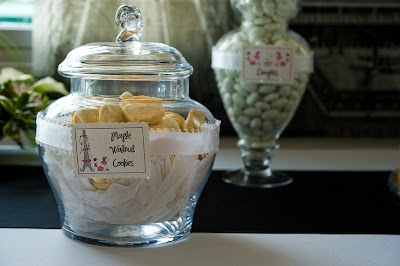 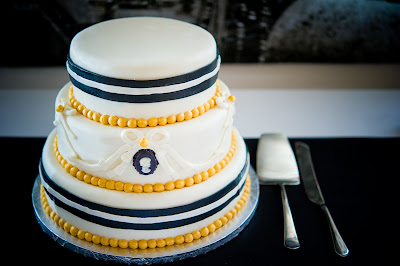 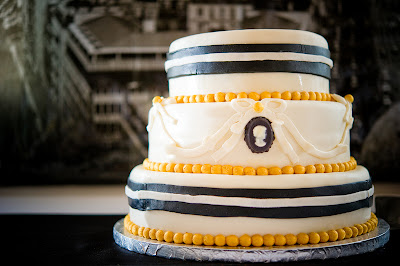 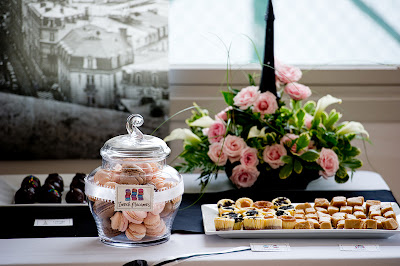 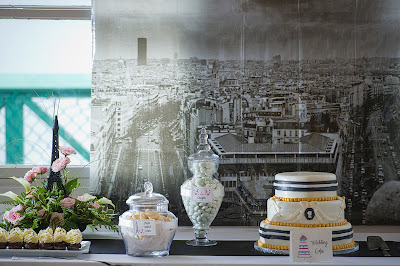 My three favorite parts of the dessert table would have to be: 1) The backdrop 2) The flowers and 3) The La Pâtisserie﻿ signage by Icing Designs. 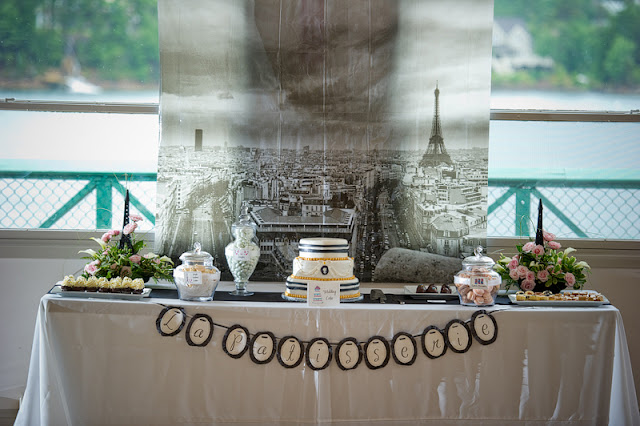 
All images are property of Pâtisserie Paris.  Permission must be obtained for personal and/or corporate use of these photos.
Posted by Pâtisserie Paris at 1:00 PM No comments:
Email ThisBlogThis!Share to TwitterShare to FacebookShare to Pinterest

For the reception, which was held on a Sunday afternoon, we served passed hors d'oeuvres, sandwiches and champagne.  For the hors d'oeuvres we hired a catering company.  We had vegetable spring rolls served with plum sauce, phyllo filled with feta, scallions, olives and roasted garlic, spanakopitas with feta, spinach and red pepper, chicken satay with peanut dipping sauce, mini cheeseburgers, grilled chicken and roasted pepper quesadillas served with chipotle salsa and bacon-wrapped scallops.  Everything was so delicious! My mom made the sandwiches pictured below.  Not too shabby if I do say so myself. 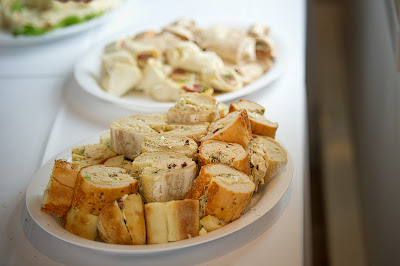 We had both white and pink champagne.  I bought the champagne glasses at the dollar store because it was actually cheaper to buy them than to rent them! I just washed them all before I used them, and gave them to my mom afterwards so she can use them when hosting her own parties afterwards.﻿ 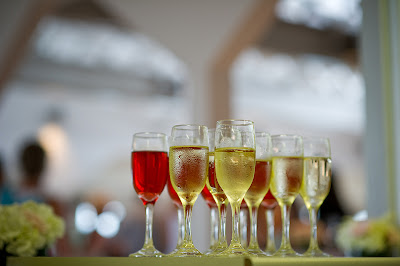 
All images are property of Pâtisserie Paris.  Permission must be obtained for personal and/or corporate use of these photos.
Posted by Pâtisserie Paris at 12:00 PM No comments:
Email ThisBlogThis!Share to TwitterShare to FacebookShare to Pinterest
Newer Posts Older Posts Home
Subscribe to: Posts (Atom)